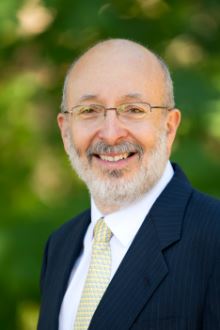 Dr. Siegel serves as the executive director of the Oregon Federation of Independent Schools (OFIS) and holds a 23-year veteran seat on the board of the Council for American Private Education (CAPE).

In 2007, Dr. Siegel was appointed by Oregon's Governor and the State Superintendent of Public Instruction to serve on the New Oregon Diploma Implementation Advisory Task Force and the Credit For Proficiency Task Force.

For over 20 years, Dr. Siegel has been actively involved in the McMinnville (Oregon) Area Chamber of Commerce, serving on the board (including executive committee and chair) and on various task forces and committees (including chairing its business education partnership, "Oregon Rising"). Since 2008, he has chaired the McMinnville Leadership Council.

A popular and lively presenter, Dr. Siegel travels the country to speak in educator and parent forums about proficiency-based education, education and technology, and on issues of concern to private schools. He meets regularly with state, county and local officials and educators on matters of common concern.

Dr. Siegel serves as Assistant Headmaster at the Delphian School in Sheridan, Oregon, where he also teaches science, business/economics, and current events. He has developed public-private school partnerships with both the Sheridan and Willamina Oregon School Districts, and established the West Valley Educators organization to coordinate local education initiatives.