DELPHIAN STUDENTS WIN STEM GLORY AT THE REGIONALS, ALL ADVANCE TO STATE COMPETITION
Mar 11 2019 2:50 PM
Share to FacebookShare to TwitterShare to Google+Share to LinkedInShare to PinterestShare to EmailPrint this page 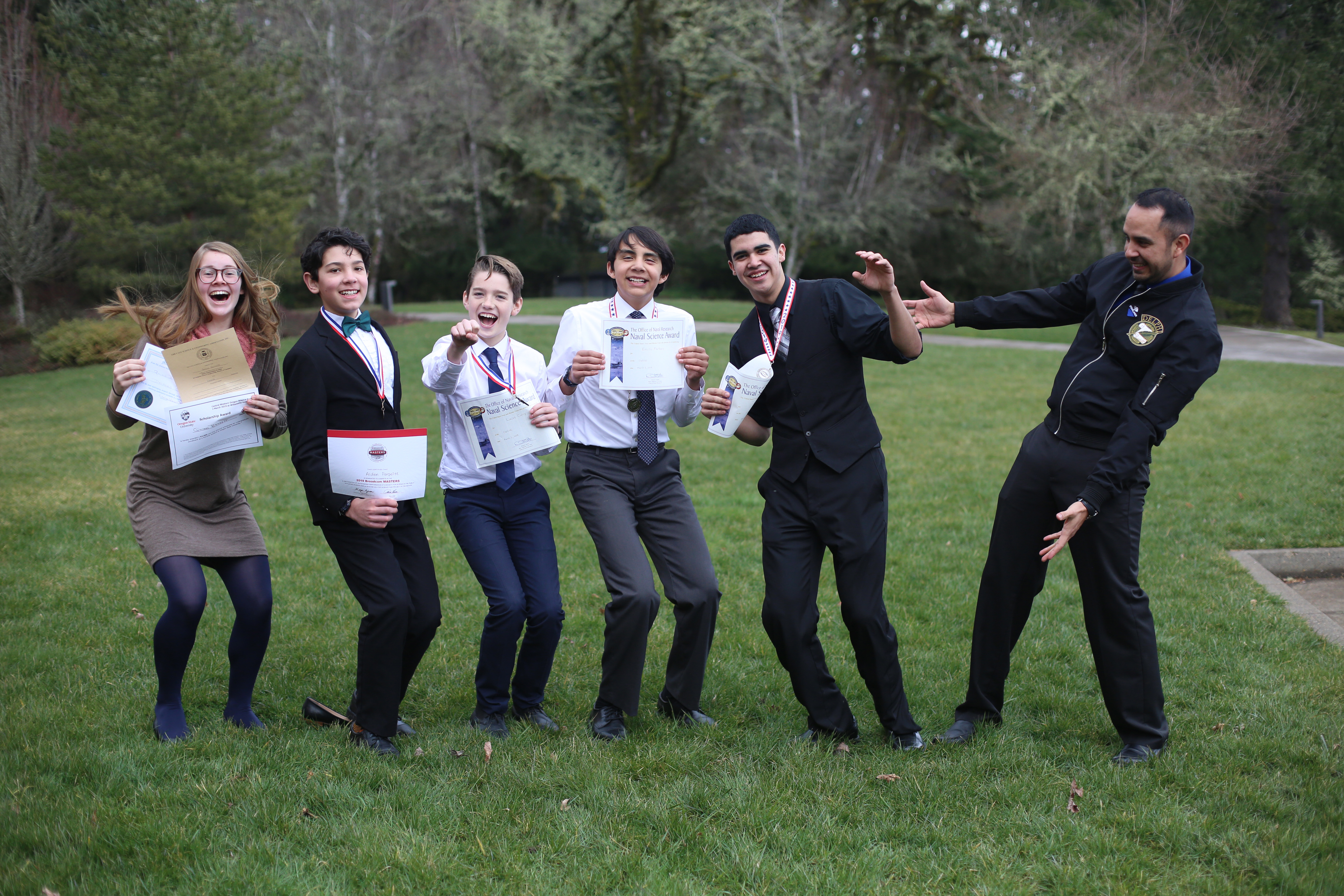 March 2, 2019, Salem, Oregon - Five Delphian students competed in the 2019 regional Central Western Oregon Science Exposition Science Fair held at Willamette University. More than 100 projects were submitted for judging and all five Delphian students qualified for state-level competition where they will be competing to get into the prestigious Intel International Science and Engineering Fair (ISEF).

Delphian School junior and science superstar Quinn Bennett, 15 years old, won a $2000 scholarship to Oregon State University for her "time machine" project where she engineered a 3D printable clock to be used in the field of education. Only two scholarships were awarded at the fair by Oregon State University. In addition to her scholarship she won the Mu Alpha Theta (Mathematics Honor Society) award for the most challenging, original, thorough and creative investigation of a problem involving mathematics, and the Yale Science & Engineering Association award for the most outstanding exhibit in computer science, engineering, physics or chemistry.

The rocket boys Aidan Perpelitt, Joaquin Martinez, Lucas Curry and Emilio Martinez all won special awards for their projects. Aidan won a nomination to the Broadcom Masters, a national competition which taps the top ten percent of young people participating in state and regional science fairs, for his "Mars to Earth terraforming" project. Joaquin won a Naval Research Award that comes with a medallion and a $50 gift card. He was honored to receive a letter from Rear Admiral David J Hahn, Chief of Naval Research, recognizing his achievement for his, "electric jet efficiency test" project. Lucas won the Naval Science Award for the middle school competition for a "sugar power, rocket chemistry" project and Emilio won the Naval Science Award for his "falling avionic launch & landing" project that mimics SpaceX's Starship.

"I challenged these students to apply their science, technology and mathematics theories from the classroom to real life in order to compete in the regional Central Western Oregon Science Exposition. This challenge was all about using science," said Diego Martinez, Delphian School's award-winning science teacher. Martinez further added, "At Delphian we know that the moment the necessity of the learning is realized, the student will pour in wattage on the subject. My main goal isn't science at all. My main goal is to help spark their interest."

< Back to School News